The June Loot Crate was Alter Ego and I forgot to pass for the month.  I really want to check out the Harry Potter Loot Crate… and I REALLY want to try the Cat Lady Box, but I never have the extra money floating around to do so or I get signed up monthly and forget to pass.  Hey anyone want to donate boxes to me to review ;)?    I’ve gotten a few Loot Crates now because of forgetting to cancel the monthly box, They’ve all been decent enough but I always feel like I’m not a big enough fan to love any of it.  This box had a lot of Super Hero stuff and I knew there would be something from Transformers, so I figured I’d like something! ha ha.

I received my Loot Crate in the mail yesterday.  I opened it pretty much immediately after I took my puppy for a walk. 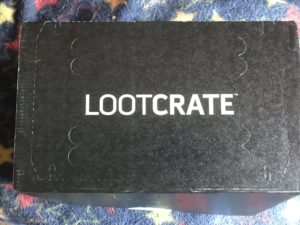 I mean… It’s a box.  and I’ve learned not to destroy the box since the box turns into something fancy schmancy. 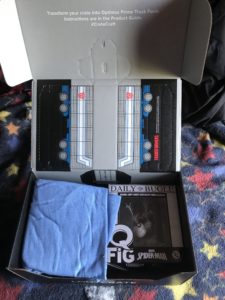 Here is what it looked like when I opened it up. I immediately said “OH! I hope the shirt is Transformers!” 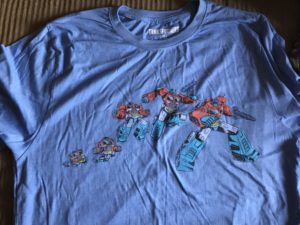 I was pretty excited.  Here’s an issue I have though.  My shirt size for my crate is Womens – XL.  The problem is that they’re not always women’s shirts.  So I have two just regular t-shirts now that I would normally wear a size Medium in… but I have XL since my size is Women’s XL.  They really should give you more than one shirt option though.  I’m only an XL in women’s shirts because they make them so small and tight.  But a man’s or unisex t-shirt?  I’m only a medium.  It isn’t my fault I don’t wear the same size in both!  I guess, maybe I should just change my size to a Medium and then I won’t get these shirts that are just slightly too big and while I like them and wear them I wish they were a couple sizes smaller.   Oh but I will wear this shirt, yes I will.  I’m wearing it now actually! 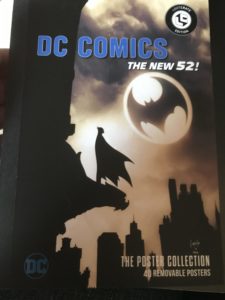 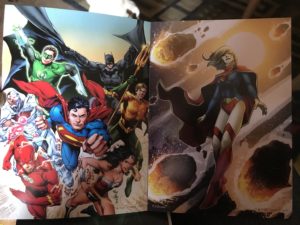 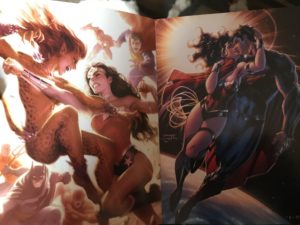 So there was this DC Comics poster book.  I admit, I’m more of a Marvel girl than DC but some of the imagery is really cool.  Not quite sure what I’ll do with it but… pretty. 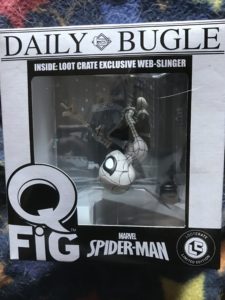 Cute little Spider-Man Figure.  Not really my thing but whatever, I have tons of toys hanging around. 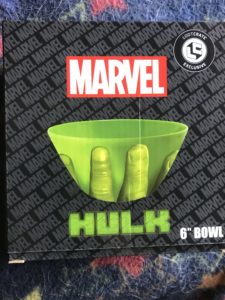 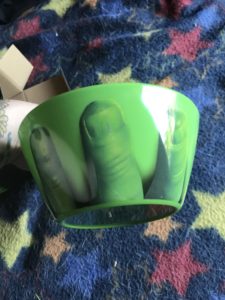 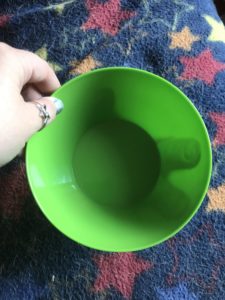 A hulk hand bowl.  I like bowls so I’m sure this will prove useful.  Green is my favorite color… so I’m down with this. 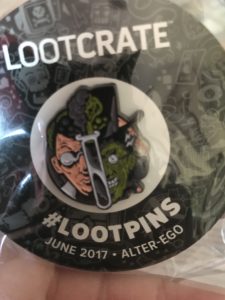 Eventually I’ll put the box together to have Optimus Prime as a Truck.  And then I’ll post the picture.

And there you have it.  I mean, for me these boxes are often kind of mediocre ONLY because I’m not really “Into” the stuff that is in it.  However the stuff… as stuff, is always really unique and cool and if I was “Into it” I’d think it was more awesome and less mediocre.